Konica Minolta has launched the AccurioWide 160 and 200 Hybrid UV Wide Format Printer. Both printers are designed for commercial and franchise printing, with their hybrid technology platform.  These printers both use UV (ultraviolet) ink technology, which saves on ink by using more color pigment per drop. The printer has a print resolution up to 1440×720 dpi (dots per inch), which results in beautiful print quality. These printers also use a mix between LED curing lamps and air cooled UV light that speeds up drying times. The AccurioWide 200 is the higher-end version of the two. It has a larger print width and faster print speeds compared to the AccurioWide 160. 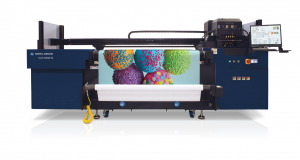 Almost everyone has needed to get a prescription at one point, could be an antibiotic or something to help with blood pressure. When going to pay for the prescription, using your insurance could actually cost you more. There have been stories (like this one that PBS wrote about https://www.pbs.org/newshour/health/why-a-patient-paid-a-285-copay-for-a-40-drug) where a woman paid a $285 copay for a $40 prescription. Unfortunately, this is not an uncommon occurrence. So what can you do to make sure you do not over pay?

There are multiple ways to make sure that you pay the lowest price for your prescription. The first is to ask the cash price. This will allow you to see if paying it in cash is actually cheaper than your copay. However, also check various pharmacies to see their price. Furthermore, there are websites that allow you to put your zip code and the prescription you need. Then it will tell you the price at various pharmacies around you. So just like you would check to get the best deal on a new television or computer, you can do the same for your prescriptions.

Below are multiple places where you can compare prices of prescriptions.

In recent history, the way people commute from one place to another has been evolving. While we are all familiar with traditional cars, trains, taxis, Uber/Lyft, and buses, there are new ways that are changing how you might get around.

Easy to rent and ride, dockless bikes and scooters are gaining traction in cities across the country. The price model works like a taxi to an extent, in which a person pays a flat fee to obtain the bike/scooter, and then pays per minute. Once you are finished, you simply leave the bike and the company comes and picks it up. Companies, like Lime, have apps that allow the user to easily find a bike/scooter. The bikes are available as a traditional pedal bike, or what Lime calls e-assist, which isn’t fully electric, but it makes the rides much easier. The scooters are electric, and go 15 MPH for up to 20 miles.

Dockless bikes and scooters have done well in markets of people in urban cities as well as tourists – people who want to get around quickly, while also seeing sites. These convenient modes of transportation also cater to those who take the subway/train around, like in New York or Chicago, saving them from walking the rest of their commute home.