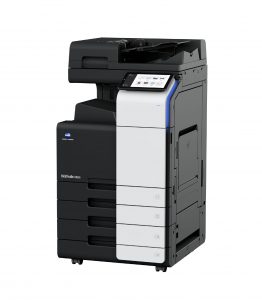 Print 19 will be hosted at McCormick Place North on October 3rd through October 5th and is for all of the printing industry. Anyone who is a part of the print industry, from manufacturers, to customers are welcome to go and enjoy the event. To read more about Print 19, click here.

When you run a company that users have an account with you, it is important to protect their data. Securing their email, password, and other personal data is crucial. Recently, it was reported that Facebook was storing 1.5 million Instagram passwords in plain text. This means that the storage of these passwords were basically the passwords in a word document. There was no encryption of the passwords, which means the password is encrypted into ciphertext (which takes the password and uses a method for turning into something that looks random). The way it is encrypted and decrypted is using a key. The only issue with this is if a hacker can get access to the key, they can decrypt it and have the passwords. So, what should businesses do?

First, they can use salt and hashing. What salt does is take the person’s password and adds to it. This is usually a few letters and numbers. Then, it hashes the password to make it random letters and numbers. The strength of this can also be a downside. Hashing is impossible or really difficult to reverse, so what are other options for businesses? One is to force stronger passwords. One way is to not allow common phrases, such as qwerty or 12345. Other ways are to require an uppercase, lowercase, a number and a character. This ensures the passwords are hard to crack. Furthermore, including 2FA, or Two-Factor Authentication, and restricting the use of old passwords ensures a stronger password and security.

Protecting your customers data is important and the right thing to do. Customers put their information in your hands and expect you to protect it. The lack of protection can cause serious  issues. People’s passwords getting taken which could lead to their account being accessed by someone not authorized. Furthermore, it can lead to issues for your company. Lawsuits, fines loss of business and trust are all things that could happen. So being proactive and protecting their information is not onlt the smart thing to do, but the right thing to do.

Many companies are looking towards the future and are aiming at becoming sustainable. Konica Minolta is one of the companies that has been committed to that idea. Back in 2009, Konica Minolta announced Eco Vision 2050. This idea was to reduce CO2 emissions, promote recycling and restoration of the environment. As of 2013, Konica Minolta reduced their CO2 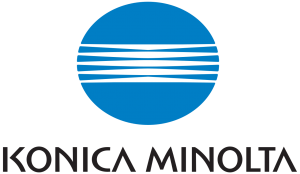 emissions by about 55% from their 2005. These goals have been furthered now with Konica Minolta joining RE100.

RE100 is a global initiative with the goal of having companies use 100% renewable energy. RE100 is led by the Climate Group in partnership with CDP. Over 150 companies have joined RE100 so far, including Apple, Coca-Cola, Nike, and many more. Joining RE100 will further Konica Minolta’s stance of sustainability and becoming environmentally conscious. Additionally,  Konica Minolta’s medium and long-term policies will help accomplish this. They plan to begin with production plants outside of Japan.